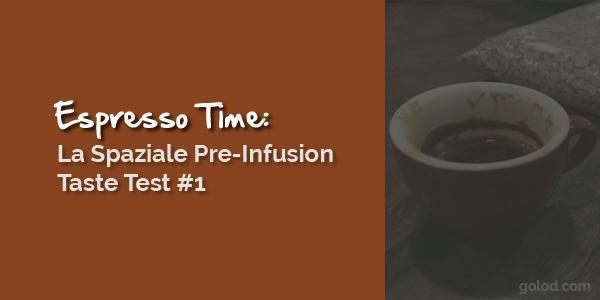 Ethiopia Dry Process Yirga Cheffe – Aricha from Sweet Maria’s.  The coffee is on its 6th day post roast, and to be honest, I took this coffee beyond what I would have liked.  This is a “berry bomb” coffee at lighter roasts, however I probably took this into the first couple of snaps of 2nd crack before opening the door and hitting cool on the Behmor roaster.  So, I would say we were probably at FC to FC+.  It is a nice coffee at this level, but for a guy who loves fruity espresso, I blew it.  The coffee exhibits mostly cocoa flavors with a little red fruit at the end.

While I was not expecting a dramatic difference with this “pre-infusion” setup, I did think there might be a slight improvement in the roundness to the shot.  I was also curious if the extraction would go just as well on the non-infusion side. 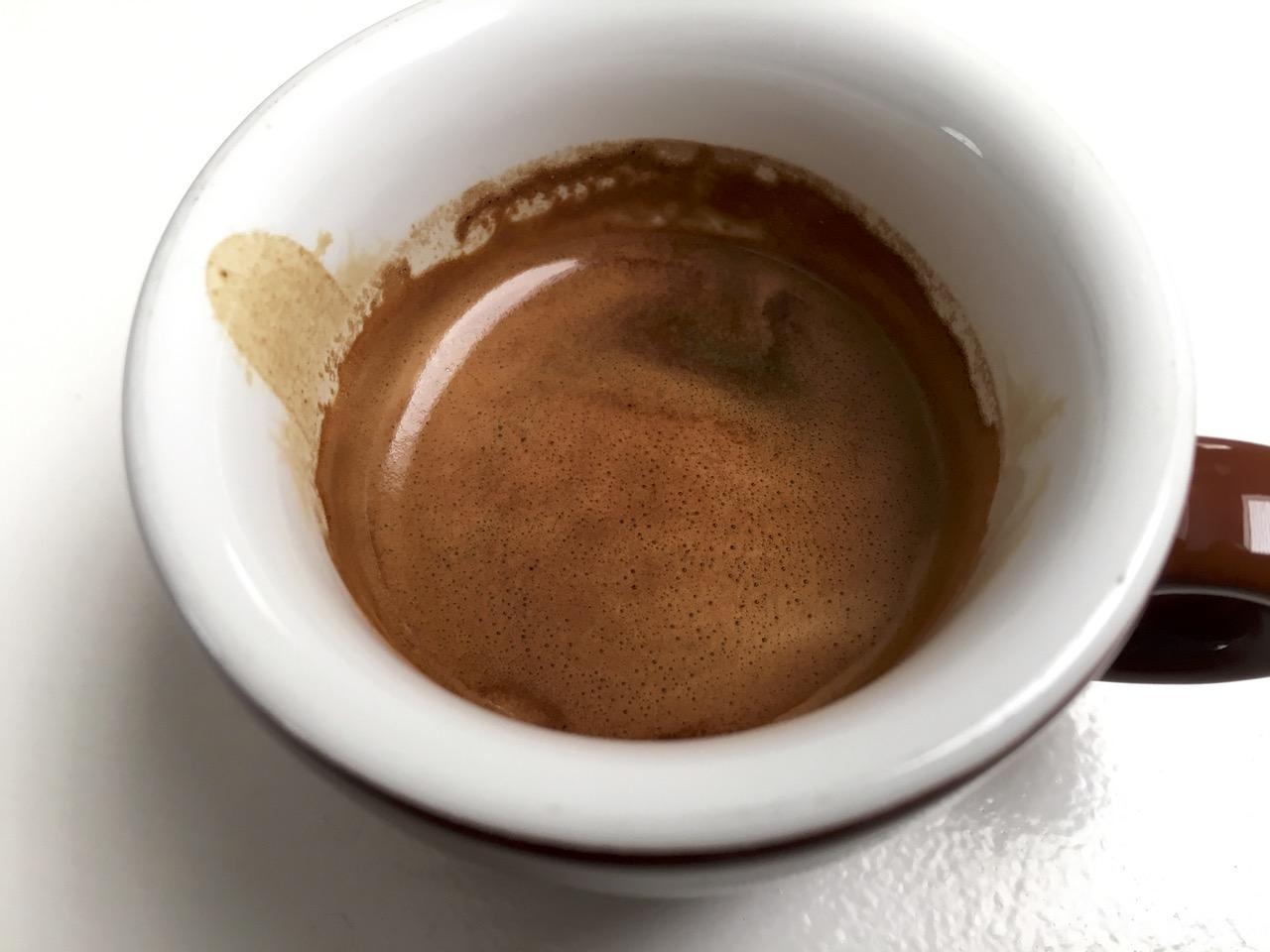 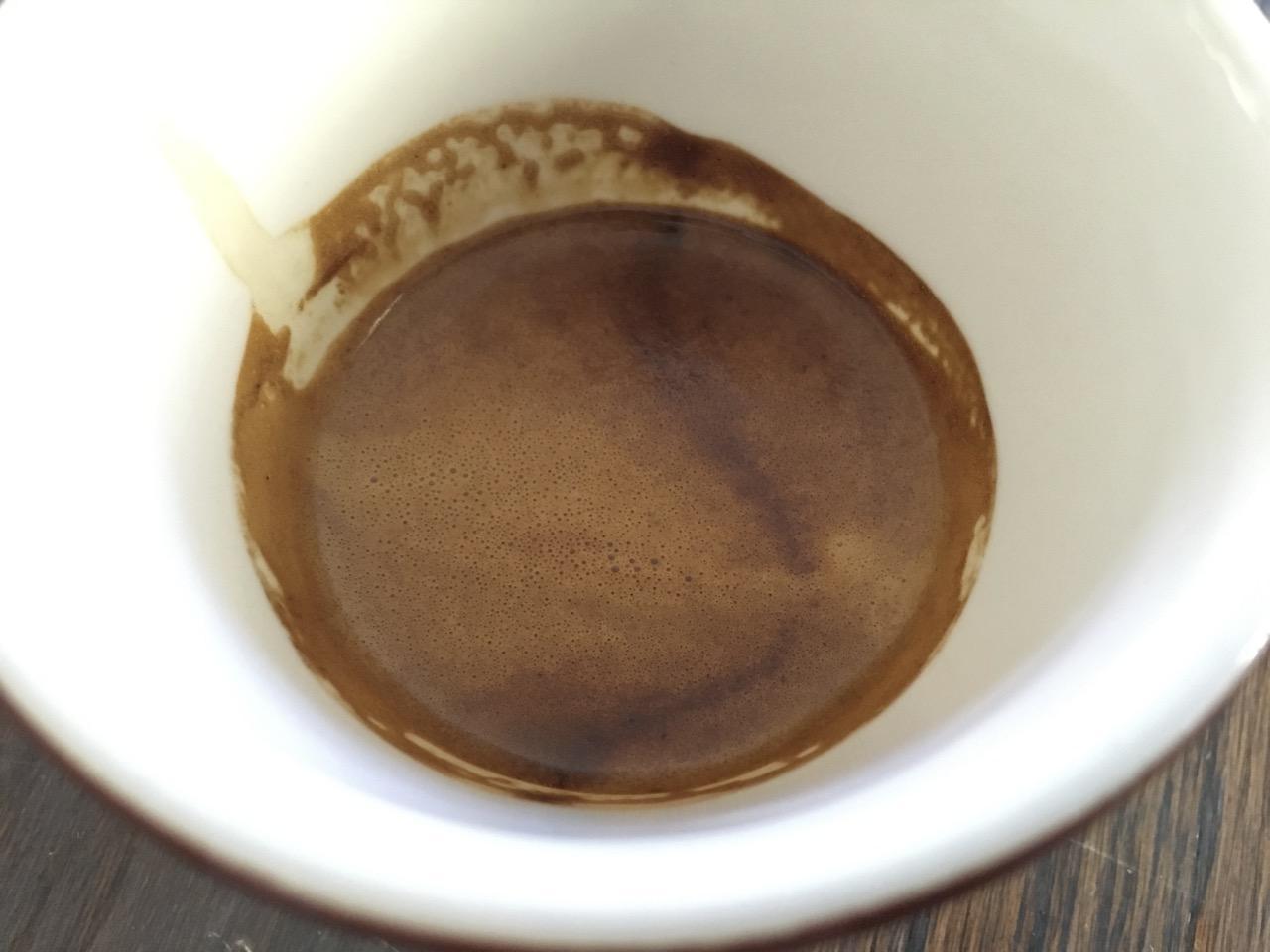 Both shots were 18g in and came out around 19g.  Both smelled of dark chocolate with a hint of strawberry on the nose.  First sips while they were fairly hot tasted identical.  Slightly bitter dark cocoa, a hint of roastiness and a hint of red berries at the close.

I let both cool for a couple of minutes before taking my second (and final) sip.  This is where it seemed that the pre-infused shot had a slightly more viscous mouth-feel and overall a more rounded flavor.  The non-pre-infused shot seemed to be sharper.

What is This Worth?

Not a whole lot, really.  Seems like a good reason to try it all again tomorrow morning with the Ethiopia Kaffa Chiri that is ready for duty.